Today I have some “awww” moment here for you guys because this trip to Croatia was my very first beach holiday ever. Okay, I visited Sweden before but let’s face it Stockholm and the Baltic Sea is not really your white sandy beach with palm trees…

So Rab Island… yesss. I already mentioned this trip back in my very first post so I thought maybe it’s time to discuss it a bit more cuz it was special, since it was the exact time when I fell in love with the beach, the Mediterranean vibes – cuz believe it or not Croatia has it too – and all this Islander type of lifestyle.

…Rab is a hidden gem…

Well… It was a very low budget holiday for sure, probably like 12 of us joined together during the first year of University – the struggle was real, I know – and we split all the expenses into sooo many ways to make it affordable. We were traveling by car from Budapest, Hungary which takes a good 6 hours driving, if you are very unlucky then an hour-ish set back on the border between the countries and of course the 4 km ferry ride that you need to take before finally arriving to Rab Island.

Rab is a hidden gem, the old town is amazing it’s very easy to get lost there for hours… With all the small streets, the tiny coffee shops and wine bars, street musicians and the sound of the sea. Amazing. Many buildings are from the 13th century, and the old walls are also visible in some places, also churches and ruins from the 6th or 7th centuries,  the Church of St Andrew has the oldest bell tower on the island – it was built in 1181 – damn… 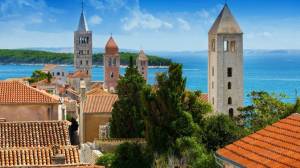 The island has everything you need, mountains, forests and you can find both sandy and rocky beaches too. And the best of all: most of these beaches are untouched. You have to hike and climb to get there but oh God it’s totally worth it. You will see later on what I’m talking about. If you gonna spend here like a week or so you can easily discover almost everything because the island itself isn’t too big, it’s like 22 km long and 11 km wide.

So first, let me – …take a selfie… – show you some pictures of the capital of the Island that is also called Rab. 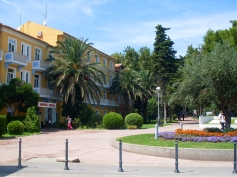 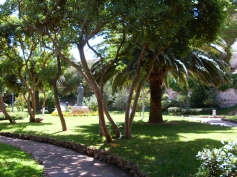 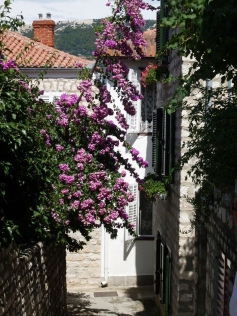 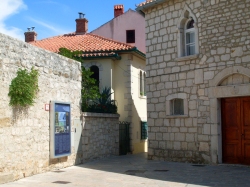 The island has 2 major parts Lopar up north and Kampor south. Lopar has the biggest sandy beach in Croatia it’s called the Paradise Beach. Rab is known as the island with the sandiest beaches on the whole Adriatic so it’s perfect for a family holiday… but in my opinion, the best things are adventures and untouched nature. It takes a little effort  but if you willing to hike a bit then you can end up places like this: 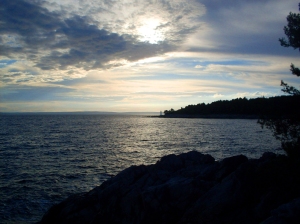 I remember we were hanging out in one of those untouched beaches, and my friend swam into the water and stood up on a huge rock underwater. He was super proud of himself and 10 seconds later he looked around and everywhere around him it was fully covered with sea-urchins. Oops.

He would’ve won the swimming gold medal on the Olympic on his way out. So yea, that was the first time when we started to think about how lucky we are, cuz if he would’ve got injured in the woods and mountains somewhere in the middle of the nowhere actually… well, yea. Just respect the nature people, be amazed by it but R E S P E C T – just a little bit ♪ ♫

En route all across the island

… so by hiking, I meant, really… hiking. 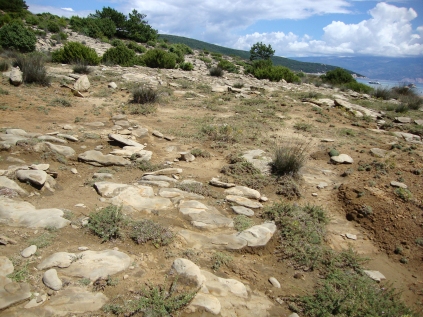 For the videos, I have the usual directions: mute your device before you open them… Old videos, windy background… I never thought back then, that I will post them on a blog one day… lol
– Spoiler alert,  I swear, I will start to shoot high-quality videos very soon… –

We were wanderlusting around in both Lopar and Kampor area and found some amazing untouched beaches. Probably there’s like another million beautiful part of the island too, but we discovered Ciganka, Podsilo, and Suha Punta and a few others but I can’t find the names. The western part of the island where you can find beaches with cliffs and in the northern part there are mostly sandy beaches. Side note: you can find many nudist – naturalist? –  areas too if you are into that – not here to judge… but the awkwardest (…is this even a word?) moment was to see a random diver casually walking with only goggles and a pipe on. Yea. 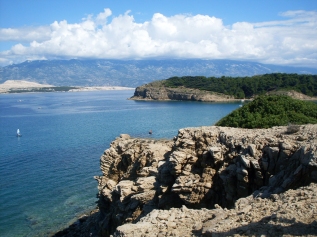 Oh well… I will leave a video here too – you know by now: mute.

Have you seen turtle love before?