Let’s start this post with a throwback all the way to 5th grade pretty much, where we started to learn about history  and all the ancient stuff. That was the exact time when I fell in love with Egypt (… and my history teacher) I absolutely adored his classes, he made me love history more than any other classes, and I actually wanted to become an archeologist. When it was time to decide about further education I almost chose that path. But many people told me things like: there’s nothing left… everything’s been dug out already – and I found out in The Valley of the Kings that this is in fact so F-ing not true – …  and the school will be like 8 or 10 years long… you never gonna make a living like this… The usual blablas why I ended up learning about hospitality management. Whateva.
Fast forward 16 years and you will find yourself in the summer of 2015, and find me and Bestie depressed in the UK weather…  so we decided we need to go on a trip urgently and preferably to the beach where it’s still 30 degrees. Where is this magical place? Thailand? Nope. Couldn’t afford it. The Caribbean? Bitch, please.  –  … Africa it is.

First, we found a good deal and booked a holiday to Tunisia. We got all excited to go somewhere warm in December while everyone else is freezing… I mean how cool is that?!  Very.
Probably 2 weeks later we received an email saying,  our trip has been canceled due to an unfortunate event, and unsafe environment.

We were like… wait what, so we googled and realized it was a shooting attack in 2 hotels, many tourists died. Unbelievably how mad this world really is. So yea, we got our money back and we’ve been offered to choose another destination.
So we decided we will go to Egypt. Not to Sharm El Sheikh cuz we wanted something more historical, less modern and luxurious, so we picked Hurghada. We booked everything, our flight was in early December, our wish came true… we traveled from 0°C to 30°C. Yet again, a few weeks later an email came saying our hotel is no longer available. This was the time when I told Bestie to cancel the whole fucking trip cuz it’s a SIGN… But at the end of the email, it was stated that we’ve been transferred to a better hotel with all-inclusive food and drinks. So I was like oh well… I can live with that.

The day has finally come, we were sitting on a plane heading to Egypt. This moment was almost as emotional as it was on a plane to Fuerteventura. I knew it’s a bucket list moment, something I’ve been dreaming of since I was 10.
Our flight was a good 6+ hours… If you happen to know me, then you know so well that I am absolutely terrified of airplane toilets. I rather just die and/or explode than to use one. Well needless to say during this 6 hours, the dietcoke wanted to leave so bad. For the first time ever, I used a toilet up in the air – while Bestie was supporting on the other side of the door. All that 37 seconds were horrifying.  But it was another milestone. Wierd facts about me finished, back to Egypt.

We arrived around 6 PM, we got our bus transfer to the hotel, and pretty much the first day was over.

…I knew it’s a bucket list moment, something I’ve been dreaming of since I was 10….

We received our little All-Inclusive bracelets, so of course, we headed to the beach bar, where we met Ali, who later on became our private bartender.
And we sneaked into the dining area, very carefully cuz our other Besties mentioned before that we will be very lucky if we gonna survive Egypt without diarrhea. Do not list: don’t drink water from the tap, don’t ask for ice in your drinks, do not eat raw fruits, careful with meat and egg and milk and oxygen… Mmmkay

…They wanted to trade me for a camel – which I thought it’s only an urban legend but nope… it is not…I worth a 1000 camel. Thanks

Next day was all about chillin’ and relaxing by the beach, our resort was a mini city with everything from souvenir shops to a supermarket, but we decided to take a look around in the area. It will be fun, they said. Nope. Every 3 minutes a car slowed down and horned next to us, guys were shouting – well mostly after me, ha! Everyone wanted to invite us to their houses and shops for drinks, and everybody had of course, a great offer for us. They wanted to trade me for a camel – which I thought it’s only an urban legend, but nope…  According to a guy who was selling some traditional rugs, I worth a 1000 camel. Awww. Thanks… It was a bit weird experience for me, I wanted to head back to the hotel as fast it was possible. But Bestie wanted a rug. So we stopped at one shop and that was when it got hectic, cuz we got a hint about haggling which is a must. So yea, pretty much don’t be ashamed and drop all your fair-play. Long story short, Bestie got a rug for a quarter of the original price. I am not like that. I bought 3 fridge magnet, asked for the price they said 10 £, I paid and left. By the way, I have a shocking story about Egyptian pound VS. Brittish pound… but let’s leave it for later.

The day after was da day I’ve been waiting for 100 years. It started pretty early at 4 AM with a 5-hour bus ride, but god … totally worth it. We went to Luxor, to explore the tombs in The Valley of the Kings – unfortunately, we couldn’t make any pictures inside, the guards were pretty serious about their jobs, and made it very visible with a huge guns hanging on their backs… ehhe – we visited the Karnak Temple and the Temple of Hatshepsut. And the highlight of all was to enter the tomb of Tutankhamun – who is my all-time favorite in ancient Egypt – and his mummy was laying there in the sarcophagus. Bitch, hold my hand.
First thing on my bucket list: ✓ 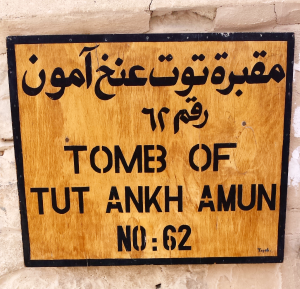 We had a tour guide, with amazing knowledge. When he was telling stories and sooo much information, everything I learned in the past just came back to me, and my passion for Egypt got stronger.

… And the highlight of all was to enter the tomb of Tutankhamun … and to see his mummy laying there in the sarcophagus.

When we walked into the tomb of Tuth we saw archeologists working on some hieroglyphs, and it made me emotional… Maybe I could’ve been one of them if I would’ve followed my heart back then in University. Well, maybe I wouldn’t be here today then, writing for you guys, so… Oh well. Remember when I mentioned earlier how I’ve been told everything’s been already dug out, it’s nothing new under the ground? Nope. Not true. Our tour guide said there are probably 20 more tombs hidden totally undiscovered only in Valley of the Kings. Damn. Can I just go back to University and start all over, please? 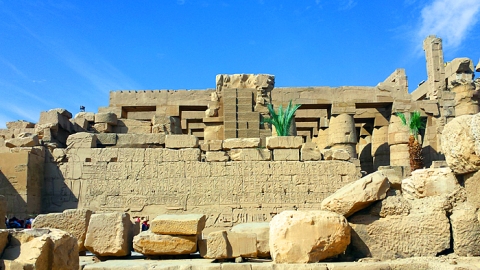 The hieroglyphs … all the details on these huge breathtaking buildings and sculptures. God, I have goosebumps only because I am thinking about it. It was unbelievable to see, touch and feel the history with your own hand. Many of them still had the colors, after thousands of years. Crazy, and I have to repaint the kitchen every 2 years. 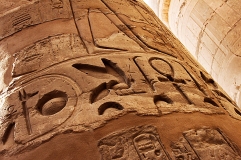 As I mentioned previously in my Paris post, I kind of enjoy traveling offseason. In Egypt, it was especially a really good idea since it was 30°C only in December instead of 60°C what you can experience in summer. The desert and the quad safari was much more enjoyable like this, yet we still managed to go into the Red Sea during our private boat trip to Mahmya Island – spoiler alert, Part 2. – plus it was hardly any tourists around, which means almost no photobombs, so we managed to shot some great pictures: 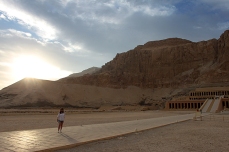 On our way back to Hurghada from Luxor, we got a surprise from our tour guide, a boat ride on river Nile during sunset. I thought I already saw everything, but this was the cherry on the pie. No further comments, I will just leave a picture here for you:

It was an unbelievable day, I can’t even explain how much it meant to me… It was truly a dream come true situation… There was also a trip to Cairo to see the pyramids, but it was so far away from Hurghada, the travel agent said it’s up to 9 hours or more, one way.  5 hours to Luxor was long enough but totally worth it… Probably the pyramids are much more mesmerizing but we decided it’s not worth it right now, cuz by the time we arrive we can head back pretty much straight away. One day hopefully I can go back to Egypt and spend few days up north in Cairo so I can explore another part of the history in no rush…

Okay, so if you enjoyed this post let me know by hitting the ★Like button, and sharing the love on your socials!
… Aaand if you want to hang out with me between uploads then follow me on Instagram and on Facebook for daily and more personal updates!

8 thoughts on “My first Bucketlist experience in Egypt | pt. 1”